A Grandmother and her Grandchildren 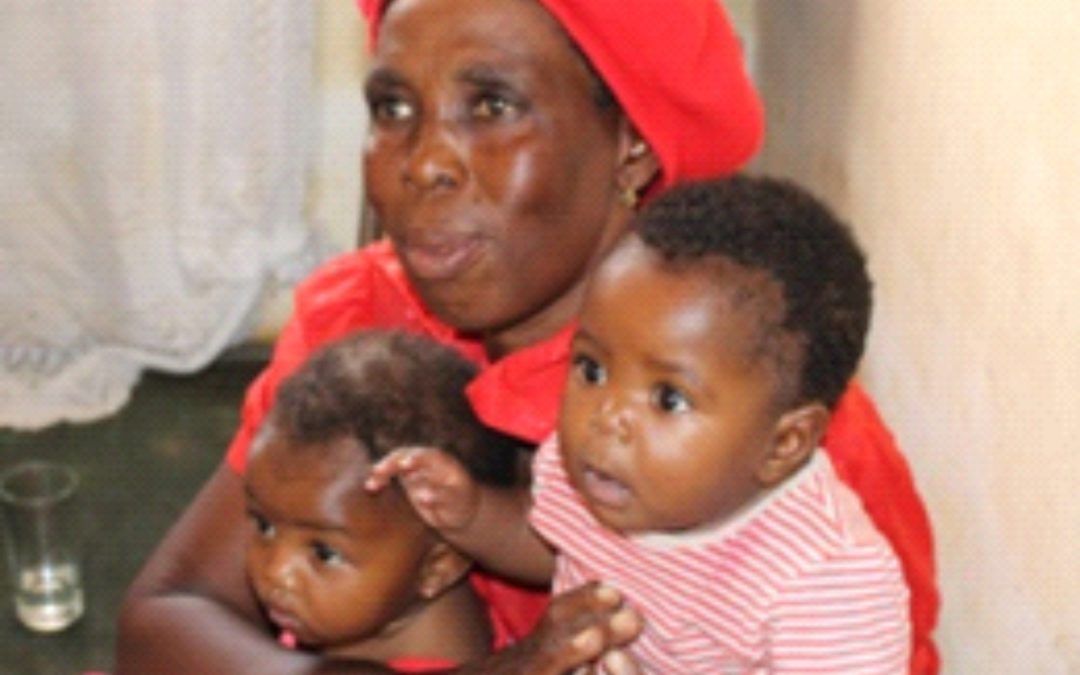 Two villages in a deeply rural region of Limpopo, the northernmost province of South Africa, were struggling with a lack of potable water and with the health consequences resulting from this. The Department of Science and Technology stepped in and, in 2014, provided each village with 250 water filters – prototype VulAmanz Rural Water Filters – to purify the drinking water. 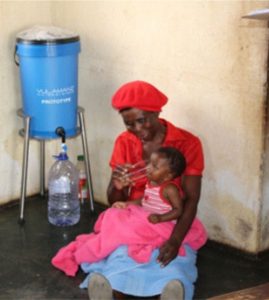 Granny Josephine and her grandchildren.

The leaders of the villages held community workshops to decide on the first group of recipients of the filters. Decision: Households with babies and young children and with elderly people with medical conditions.

A short period after the distribution, a delegation (comprising representatives from the project funders, the official project social-impact auditors [the Human Sciences Research Council], the local authority and the community itself, plus the local welfare officer along with the VulAmanz project team) visited some of the recipients of the filters. The purpose of the visit was to hear directly from the recipients if they were, in fact, using the water filters and, if so, if they were happy with them. Suggestions for improving the functionality and usability of the water filters were also collected.

It was the visit to Granny Josephine, grandmother to two seven-month-old babies – Mpho and Tito – that proved to be a watershed moment in the development of VulAmanz. *

Granny Josephine told the delegation that she was raising her grandchildren while her daughters were away working in the city. She said that, for the first six months of her grandchildren’s lives, she had taken them to the community clinic every week to be rehydrated because of chronic diarrhea. This seemed to be a regular necessity throughout the village and people believed that it was due to having to mix baby food with the local water, which was mostly from an untreated source. She said that buying water from the local shop was too expensive and that the nearest supermarket was very far and also expensive, requiring money for transport and close to US$1 for five liters of water.

At the end of the month that the babies were seven months old, the family received a surprise visit from the community clinic sister. She wanted to check up on the babies as she feared the worst: they had not been to the clinic for the previous four weeks for their weekly rehydration treatment. It was the sister’s turn to be surprised, however, the babies were healthy, nice and fat, and growing normally. She could not understand what had changed until, after a lot of puzzling, they realized that the only change was the water from the filter, which the household had received a month earlier. They concluded that the change was likely due to the clean water that Granny Josephine had been using.

Needless to say, the delegation had to blink away a few tears. And then burst into a cheer and a clapping of hands. The HSRC concluded that this was a real social impact achieved – and the user audit was positive.

*Their real names have been changed.