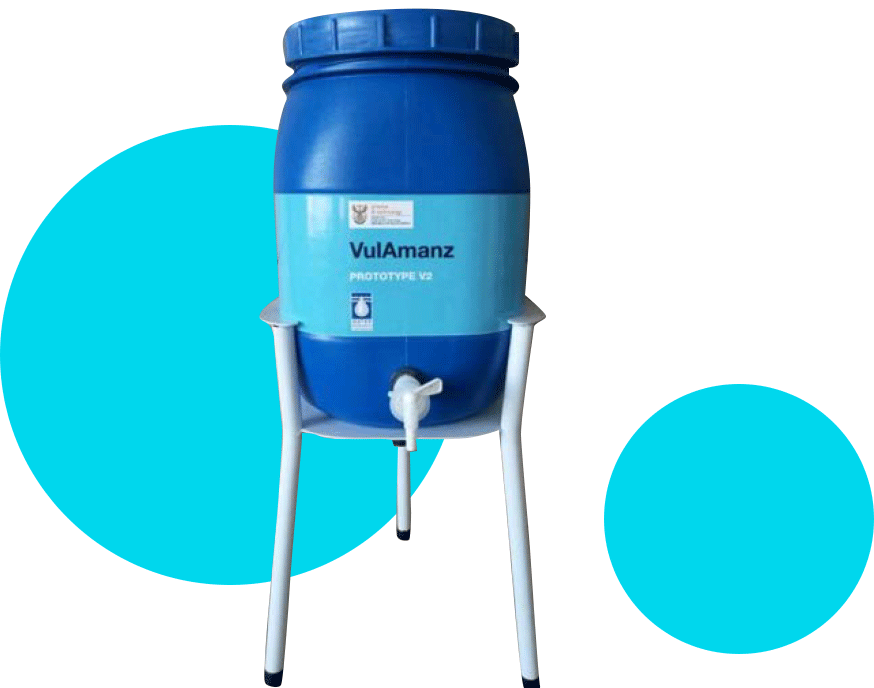 The DST/WRC funded pilot project, WRC/7054 (Rural Water Filter – RWF), ended in December 2017. An outcome of the project was the deployment of 1025 RWFs in the participating rural communities. A total of 525 units is in use in two villages (Malatane and Klipheuvel) in the Capricorn District Municipality (CDM) and another 500 were deployed to households in 5 communities in the deep rural area near Bizana in the Eastern Cape province. These filter units were placed during the period late 2015 to early 2017. Some of the units have therefore been in operation for up to 4 years.

The VulAmanz Water Filters
are proven to be one of the best low-cost filter systems that produce clean drinking water from an untreated raw water source.